This is a post I have planned to write for quite some time now. After being euphorized to have found a game theme and genre I would like to make, the motivation ceased rather fast. Family business, job, all was somehow getting higher prioritized than hobby game development. Additionally, two existent games made me realize how complex the game I planned to make would likely be.

To give a rough outline, the game I planned was sort of a simulation about a country failing to solve its growing amount of protesters and drifting into a police state. The player would play the government, sending police troops into cities, while the turn-based simulation would resolve the effects like citizen movement from city to city or even abroad, or growing violence (protesters and police).

END_OF_DOCUMENT_TOKEN_TO_BE_REPLACED

Opposite to my plans, I didn’t continue my game development projects the last five months. Instead, my gamedev ambitions almost completely ceased during the course of last year. So with this blog post I want to give some insight on what has been going on and what I’m planning to do this year regarding my gamedev ambitions.

The initial momentum of 2013

The opposite was the case. END_OF_DOCUMENT_TOKEN_TO_BE_REPLACED

Today I start with my one week development cycle for the experimental gameplay project February challenge. The theme is “Infinite World” and I have an idea for an 1.5D exploration game. Here is a quick mockup of the main gameplay screen: 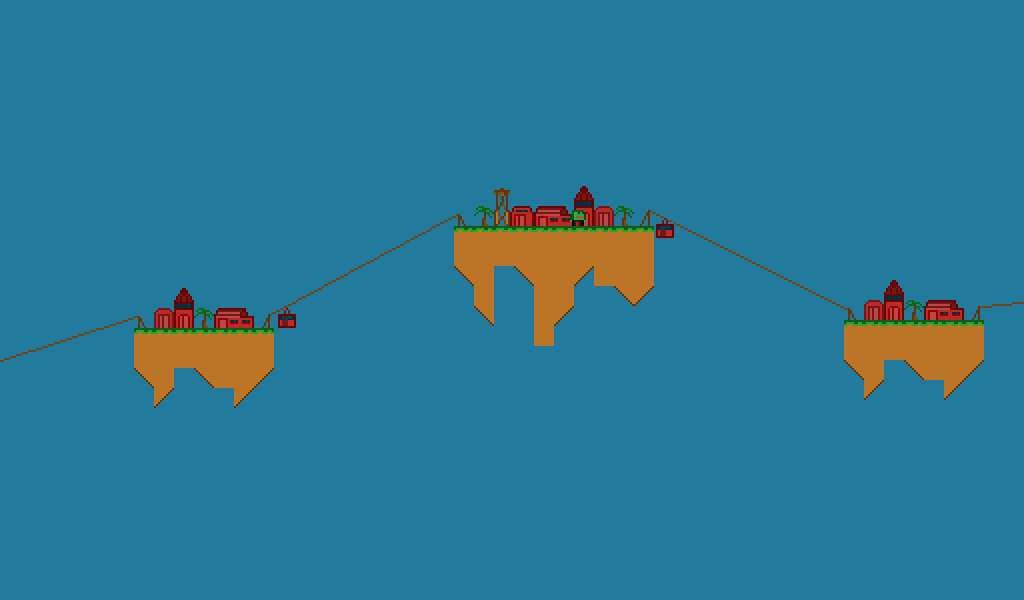 The game world will be randomly generated, persistent and practically infinite in two directions (left/right). Floating islands make the explorable content with different buildings and NPCs. Most probably I will make a fixed seed for the challenge version so every player gets the same world with optional reseeding.